Australia’s number 1 Illusionist and Magician Ben Murphy is fast becoming one of the worlds most popular and original entertainers. His shows are ideal for theme parties, conferences, after dinner entertainment and private parties.

With a huge following around the world, Ben’s unique blend of comedy, magic and illusion brings audiences to their feet across the globe.

Ben is highly sort after for his refreshingly original acts, stunning and impossible grand illusion, never before seen exclusive magic, Las Vegas show girls, uncontrollably funny audience interaction and one of the most enjoyable and memorable shows around. He has broken the World Record for the “Most Escapes from the Chinese Water Torture Cell”, beating even Houdini himself! He’s sold out 1000’s shows the world over and millions have been awed by his comedy and mystifying effects on TV on every continent. Casinos right around Australia, Asia and the US have relied on Ben to headline and feature in their entertainment line ups. He is also high in demand for private functions for many celebrity and fortune 500 clients, and all this with many awards and accolades under his belt.

From the moment Ben Murphy’s presence explodes onto the stage you will be enthralled with his warm and energetic personality.

Be one of the thousand happy clients that have secured Ben for their various events, be it:

Listed below are some of the most popular formats for “The Magic of Ben Murphy”. All of our packages are tailored to suit each client’s events and individual needs. We also specialize in designing custom productions and themed shows to tie in with any event, no matter how large or small.

Ben Murphy’s “MYSTIQUE” is the ultimate Las Vegas style magic and illusion spectacular. Seen in casinos all around the world, and the highlight of countless memorable corporate events and theatre audiences, this is the knockout show that you have been looking for.

In front of your very eyes, without camera or computer tricks, the audience will witness spectacular displays of reality-twisting and mind blowing magical effects. “Master of Illusion: Ben Murphy” will astound even the most jaded with his fast-paced escape artistry, comedy magic, audience interaction and out of this world grand illusion.

Featuring several Australian and Asian exclusive illusions and some of the world’s most exciting and dangerous effects, this is a show befit of high profile clients. After spending the show on the edge of their seats, audiences are repeatedly brought to their feet in ovation for what is possibly Australia’s biggest and most impressive “Illusion and Magic Experience”. Ben Murphy’s “MYSTIQUE” will question your take on reality.

“MYSTIQUE” has it all. Impressive costumes, fire, magic, illusion, comedy, audience interaction, incredible dance routines and is just a pure joy to be a part of. This is definitely a show not to be missed. Perfect for any large events, theatres or casino. This is a huge show that is certain to be a crowd pleaser. Ben Murphy is the only Australian magician to have ever had his own full season of shows in the USA-and after over 300 completely sold out shows in Boston, Ben is bringing some of the highlights not to mention some never before seen illusions and effects to the Southern Hemisphere.

Guaranteed to leave a lasting impression and be the biggest and best magic and illusion show you have ever booked!

This show is exceptionally popular for those who want to wow clients and guests with the minimum of fuss. It also provides far more than the competitors offering shows for similar sized crowds.

NB: This show has the ability to incorporate company products and themes. It can include the company’s logo on the illusions themselves making the effect engagingly tied to you and your clients.

Ben Murphy’s “UNBELIEVABLE” is an incredible show guaranteed to leave you screaming for more!

This show is the perfect choice for medium to large events and functions. It has all the impact and wow of the “MYSTIQUE” show but is suitable for most venues as it does not require overly special staging and lighting.

This show is exceptionally popular for those who want to wow clients and guests with the minimum of fuss. It also provides far more than the competitors offering shows for similar sized crowds.

This show will have you rolling on the floor laughing one moment and staring in disbelief the next. Filled with some of the cleverest audience participation, some of Las Vegas’s most stunning magical illusions and some never before seen effects and routines this show is simply “UNBELIEVABLE”.

Clap, laugh, cheer, gasp and stand in ovation for a show that is “UNBELIEVABLE”. Casinos, resorts, cruise ships, festivals and more have been awed by this exhilarating show. Be sure to get onboard and BOOK NOW!

With stunning mind blowing magical effects and Las Vegas Style Illusions, beautiful dancers and a non stop show of hilarity this is certainly a crowd pleaser.

Ben Murphy’s “Unbelievable” is a combination of breath taking magic and illusion, stunning costumes and features Ben’s unique humour and hilarious audience interaction. Due to the nature of the show, and a few Australian exclusives, all effects can not be listed on this site. For more information and a full running order of the show please contact us.

NB: For corporate and media events, this show allows for the appearance of your CEO, Guest of Honour, Celebrities, Sports stars or similar.

This show also has the ability to incorporate company products and themes and include the company’s logo on the illusions themselves making the effects engagingly tied to you and your clients.

Ben Murphy’s internationally acclaimed and accessible 2 person illusion spectacle “Live” has been the talking point for hundreds of clients for it’s unique blend of comedy, magic and illusion, along with his “BENtertainment” right across the globe.

Simply a great choice of entertainment for almost any sized event. This show has something for everyone. With its side splitting twist on the world of magic and a few or some of the most exclusive and mesmerising Illusions you are likely to see up close, Ben Murphy and his gorgeous assistant will have every audience member buzzing with excitement and joy.

The best thing about “LIVE” is it has the full impact of a larger Las Vegas style show without all the requirements such as special lighting and large stage. It can be performed almost anywhere.

This show has something for everyone – comedy, magic, illusion, audience interaction and some surprise twists and results that will leave you laughing and crying out for more.

Simply a great choice of entertainment for almost any sized event. Ben Murphy and his gorgeous assistant will have you screaming for more.

“On My Own” Ben Solo

Internationally Ben is known for his remarkable ability to engage an audience and bring laughter to any room just by standing alone onstage. Ben Murphy’s “ON MY OWN” is the perfect entertainment for any event, large or small anywhere in the world. This show is one of our most popular, as on stage alone and with various members from the audience invited to join him, Ben will entertain and fool you in a way that most illusionists can’t.

Ben Murphy will have your audience laughing the moment he greets them with witty one liners and some seriously out of this world magic that will have you blown away and just wondering how on earth it could be achieved without any assistant or special staging.

Family friendly version available. Plus a whole lot more. Non-stop clean and tasteful miracles and laughter for all.

Magic in your own hands that will blow your mind.

Magic Up Close is a great way to get your event off to an energetic start by creating some buzz and getting the laughter flowing. Imagine your guests arriving at your function only to be greeted by the warm charm of Ben Murphy-moments before the impossible begins to happen. Ben Murphy gets right next to you and your guests. Lots of magicians can do “tricks” however Ben will engage and entertain like no other.

“Up Close” is exceptionally popular the world over, with many private clients flying Ben to Hong Kong, China, Macau, India, all over Australia and more to present his wonders at various gatherings and functions.

His close up magic has been a huge success for casinos, Luxury brand watch launches, functions, corporate and more. Not just because he is an expert at the art of magic, but because he is a 1st class entertainer that entertains in such a refined and polished way.

All this and more is available at your favourite restaurant, cruise ship or corporate dinner. These “mini” shows happen up close and personal amongst your guests, in their hands and on their tables. Magic so strong it’s sure to make a great talking point for a long time after your event.

Guaranteed to excite and entertain you and your guests. The perfect ice breaker for client and corporate functions.

Note: Shows vary in length and range from 25 – 60 minutes duration. The shows can be performed as one show or broken into 2 parts. Naturally shows can be tailored to suit your needs.

All shows involve professional assistants and dancers, except for up close magic or the solo show. Content of shows may change due to updating with new routines. 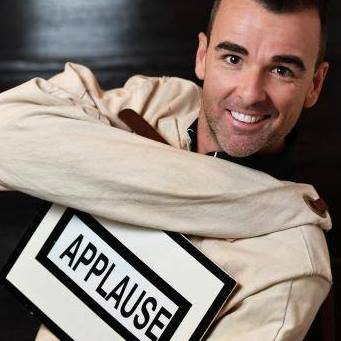 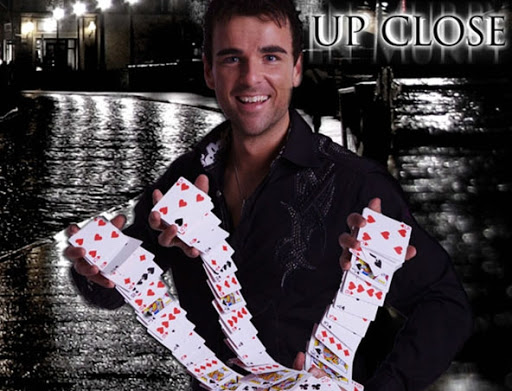 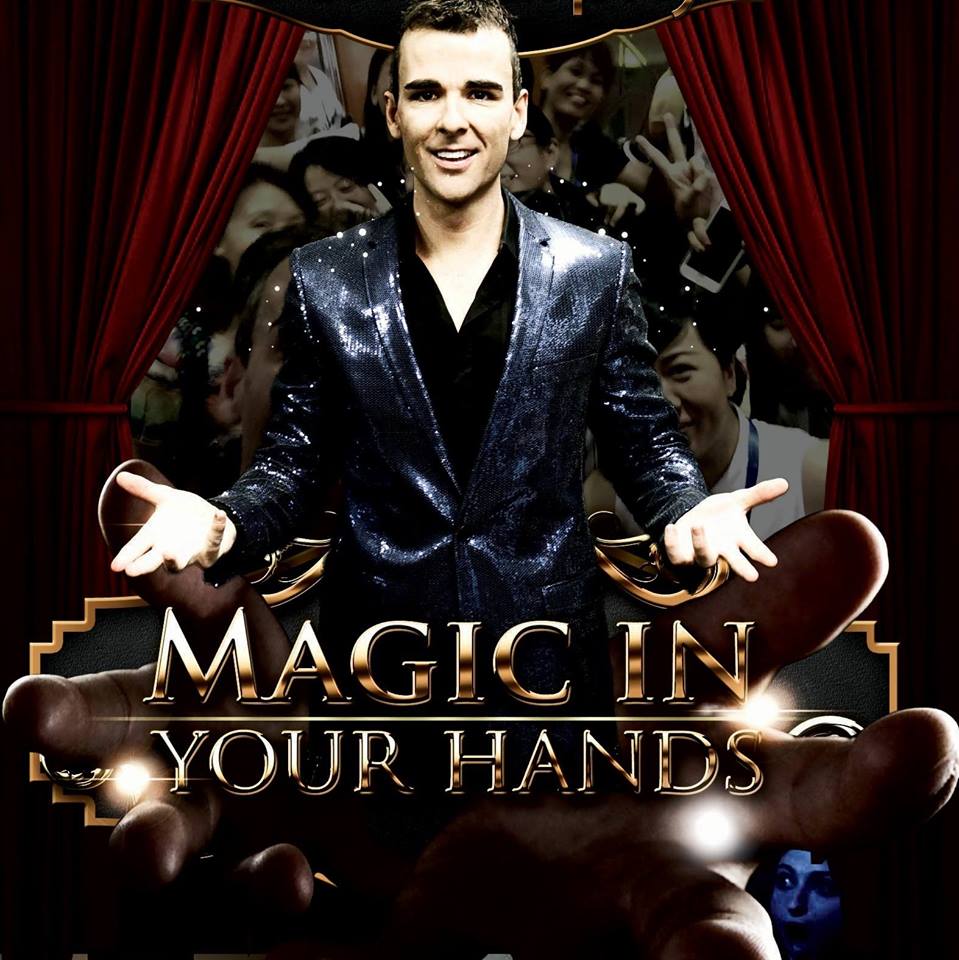 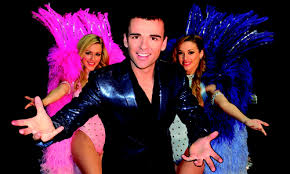 Play Video
Play Video
"We have never seen a performer receive a standing ovation in a theme park before. But then again we had never seen Ben Murphy before. Truly Amazing."
Canobie Lake Park-USA
"David Copperfield says “You must have this show” “You are Terrific! One of the best I have ever had the pleasure of collaborating with."
Paul Osborne
"Thanks to Ben we raised over $4000 for our Charity"
Geelong Grammar
"Brilliant! Really loved it. Everyone is still talking about The Magic of Ben Murphy Show"
Kardina International School
"It wasn't a Magic act, it was the funniest show we have ever seen, Ben Murphy is a shooting star!"
Boston ER
"We had Ben Murphy for the last 3 years, booked him again for next year – there is no one better" “Be thoroughly BENtertained"- I was."
Joan Rivers