Internationally renowned Magician, Comedian and Street Performer. Available to MC / Compere your event or as after dinner entertainment or opening act. Always a hit at trade shows, festivals, corporate functions and events.

Melbourne Magician, Nick Nicholas walked away with half the gongs awarded at the Australian Convention of Magicians in 2004, winning four of the eight awards handed out at the event. Competition was intense with 300 magicians from around the world taking part.

“This was my first time performing at an Australian Convention and am enamored to have received this recognition from my peers”   Nick Nicholas said.

Original twists to the ancient cups and balls routine, combined with a warming wit, won him.

Nick Nicholas, who started performing on the Streets of London at 15 calls himself a magic comedian.

As a corporate comedian and magician Nick Nicholas can use his unique combination of magic and comedy to make an impact and boost the motivation of your audience leaving your event as an unforgettable experience in their minds.

You’ll find yourself laughing at his satirical views and stories of everyday life and guaranteed to howl at his hilarious “one-liners” and topical quips.

Nick Nicholas is versatile enough to adapt his humour to fit any situation and if you have a particular theme or message for your event, he can adjust his act to suit.

Whether you want to spice up a meeting, create a memorable conference, have a “Slam Dunk awards” presentation, or a hit trade show booth, Nick Nicholas can custom make the perfect solution for you.

Guaranteed to deliver 100%, whether working in a field of mud at Glastonbury, under a swarm of bees in Fiji or in front of a 10,000 strong crowd.

Confidently taking the microphone with his ascorbic razor sharp wit and versatility Nick Nicholas can fend off any surprise obstacles leaving his audience gloriously gob-smacked! 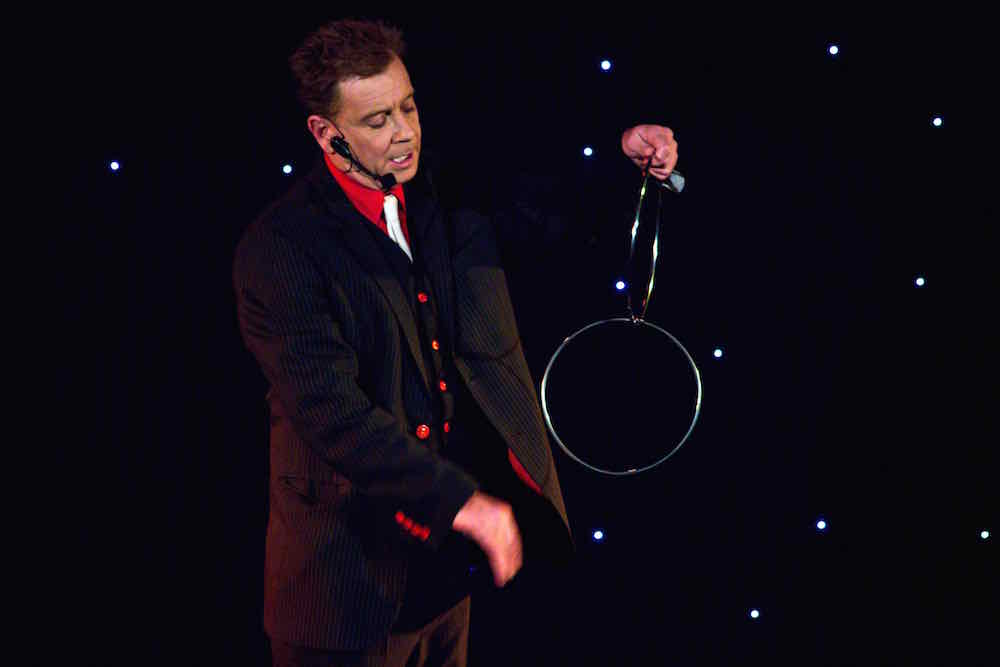